Skip to content
COVID-19 RESPONSE - Masks are now optional in our building. Please visit the 'plan your visit' page to read more about our policy. 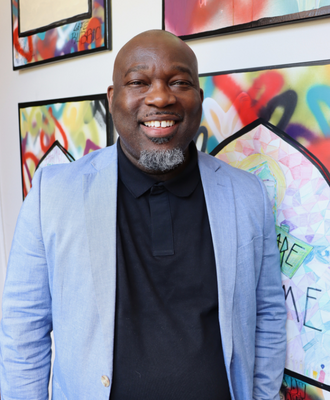 Pastor Tavares' first Sunday with us is on 07/10/2022. Please feel free to send him an email welcoming him to Eastside Church!

About Tavares
Tavares Stephens currently serves as the Pastor-in-Charge at Eastside Church. Prior to his arrival at Eastside, he served as an Associate Pastor at Saint James United Methodist Church in Alpharetta, Georgia, where he was the pastoral lead for Christian Education, Stephen Ministry, Benevolence, and Young Adults. He also formerly served as director of Saint James’ Children, Middle School, and Youth Ministry. Tavares was a recipient of the Candler School of Theology’s John Owen Smith Award for Preaching and was featured in By Faith magazine as a Harry Hoosier Spirit Award honoree for his diverse ways in proclaiming the gospel. Prior to receiving his call to ordained ministry, Tavares spent sixteen years as an educator. He is a former Teacher of the Year and was a recipient of Turner Broadcasting’s Teacher Appreciation Award. He also co-authored Reading Revolution, a book of biographies covering important contributions made to civilization by people of African descent and formerly served as a freelance education writer for the Atlanta Journal-Constitution and the Learning Together Company – a company devoted to developing high engaging reading tutoring curriculum aimed at boosting student achievement. Additionally, Tavares served as a contributing author to the anthology The Secrets to Uplifting the Mind, Body, and Spirits of African American Male Students. Tavares is also an accomplished artist. He is a former member of Poetry Atlanta’s National Slam Poetry team and the creator of the spoken word CD, “Lend Me Your Ear.” He also authored Soulfood Café, a book of poetry, and wrote and produced the Ascension Project, a gospel music project that fuses praise and worship and spoken word poetry. Tavares also co-founded VerbalEyze, a non-profit specializing in the professional development of youth and young adult writers. Tavares also serves as a content consultant for the non-profit Fearless Dialogues – a group which focuses on creating unique spaces (using art, music, and theory based modules called “experiments”) for unlikely partners to engage in hard, heartfelt conversations about taboo subjects. In his work with this organization, Tavares has aided multiple United Methodist conferences and dozens of United Methodist churches, across the country, in helping them see and hear one another with deepened empathy that can lead to radical hospitality, inclusion, and racial healing in their communities. In addition, he serves a mentor with the North Georgia UMC’s Committee on Race and Religion’s Racial Healing Cohort. In this role, he aids individuals who have committed to being vessels of racial healing develop ways and means of building beloved community within the churches and communities in which they serve. Tavares graduated with a Master of Divinity from Candler School of Theology at Emory University and a Bachelor of Science in English Education from the University of Georgia. He and his wife of over twenty years, Nicole, have been blessed with two children, their son Simeon and their daughter Nia. 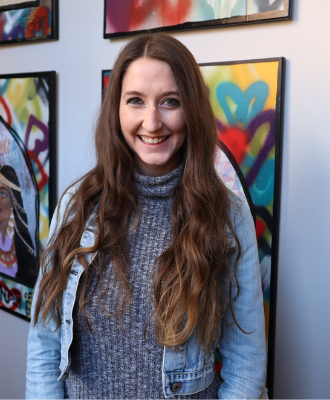 About Rachel
Rachel has the special distinction of being a "Key West Conch," a nickname given only to those born in Key West, Florida that fits perfectly with her strong-willed yet jovial demeanor. A United Methodist pastor’s kid, she earned her BA in international affairs from Florida State University and her MDiv from Candler. Between degrees, Rachel served as assistant director of ministry for the FSU/Tallahassee Community College Wesley Foundation. It was during her time in campus ministry that she first felt the call into formal vocational ministry. She is now a commissioned deacon in the United Methodist Church through the Florida Conference. In addition to her work at Eastside, Rachel maintains a close partnership with Candler, serving alongside the admissions team as a Methodist liaison. Rachel lives in East Atlanta Village with her partner Nick, their 1-year-old Austin, and their goblin-hound Hooch (when you meet him you’ll understand). She loves books and rereads the Harry Potter series annually— she’s even led classes at Eastside on the boy wizard and the gospel. In her spare time, Rachel also enjoys traveling, photography and watching TV show thrillers. Her true joy, though, comes from connection; she’d love to grab coffee with you and enjoy the beautiful outdoors 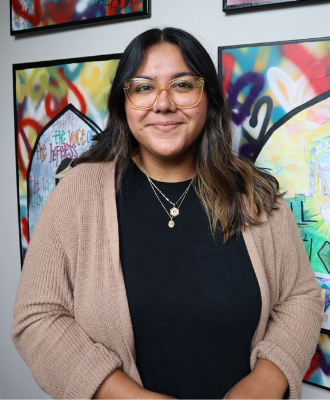 About Karina
Karina, a born and raised Floridian, graduated from Flagler College with a Bachelors in Special and Elementary Education. Karina began exploring her call to ministry at an Episcopal parish in Ponte Vedra Beach, Florida. Beginning as an intern and then moving into the role as Interim Youth Director, Karina realized that she felt a deep calling to being apart of the voices that are actively working to build a safe, inclusive, and loving space within Youth Ministry. In May of 2019, she and her partner Troi, moved to Atlanta in order for her to pursue seminary at Emory University’s Candler School of Theology. She is a certified candidate on the Deacon track in the UMC, and is a second year at Candler. When she isn’t working, Karina loves exploring new parts of Atlanta, diving into her newest book purchase or crossing off another movie from her list with Troi! 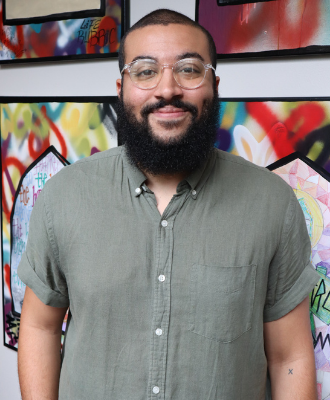 About Troi
Troi, originally from Stone Mountain, was born into a musical family. He grew up on various tour buses as his family followed his father’s music career. Troi’s family eventually settled in Saint Augustine, FL where he finished school and began his own career in music. After a few years of playing in weddings bands, bar bands, restaurant bands, and every other kind of band, he settled into the role of Worship Director for Campus To City Wesley (CCW), where he would go on to serve for 6 years. It was during his time at CCW that Troi experienced his call to ministry and felt God pulling his heart and his path deeper into the ways in which we gather together in the name of Jesus. Troi met his wife and partner-to-be, Karina, while living in Saint Augustine and they married not long after Karina graduated from Flagler College. After living and working in ministry in North-East Florida for 3 years Troi and Karina moved to Atlanta in May of 2019 to pursue a church where they could build the Kingdom together and so that Karina could attend Candler School of Theology while pursuing ordination as Deacon in the UMC. When Troi is not leading worship or playing music at a wedding you can find him at the closest movie theatre catching the newest flick, playing with his cats (Penny & Fluff), or eating Jeni’s ice cream with Karina. 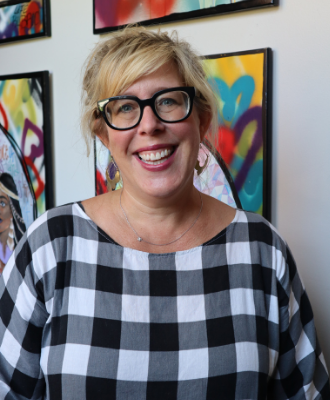 Building Manager
Reach out to Angela for all things related to the upkeep of the building and grounds or for inquiries on use of space or rental of the building or parking lot.
angela@eastsideatl.org

About Angela
Angela grew up in Richmond, Virginia and Columbia, South Carolina. She has a Bachelor of Fine Arts degree in Printmaking from the University of Georgia and a Master of Fine Arts degree also in Printmaking from Louisiana State University. Angela has taught Printmaking, Drawing, Papermaking and Book Arts classes at LSU and at UGA. She served as the Director of Exhibitions & Public Programs at the Gwinnett based non-profit Hudgens Center for Art & Learning for ten years. Prior to joining the staff at The Hudgens, Angela worked as the Visual Arts Curator at The Madison-Morgan Cultural Center in Madison, Georgia for five years. She was a founding member of The Atlanta Printmakers Studio and currently serves on their board. In 2020, Angela and her husband, Ryan Sterritt, formed the property management company, Harper Rose. The name of their small family business comes from their children’s middle names. Angela feels passionate about historic buildings and very much enjoys taking care of the beautiful building Eastside calls home. She lives in Kirkwood with her husband Ryan, their daughter, Clementine Rose and son, Grey Harper. When not exploring musty, dirt floor basements and humid attics, Angela enjoys camping, gardening, and various other creative endeavors. 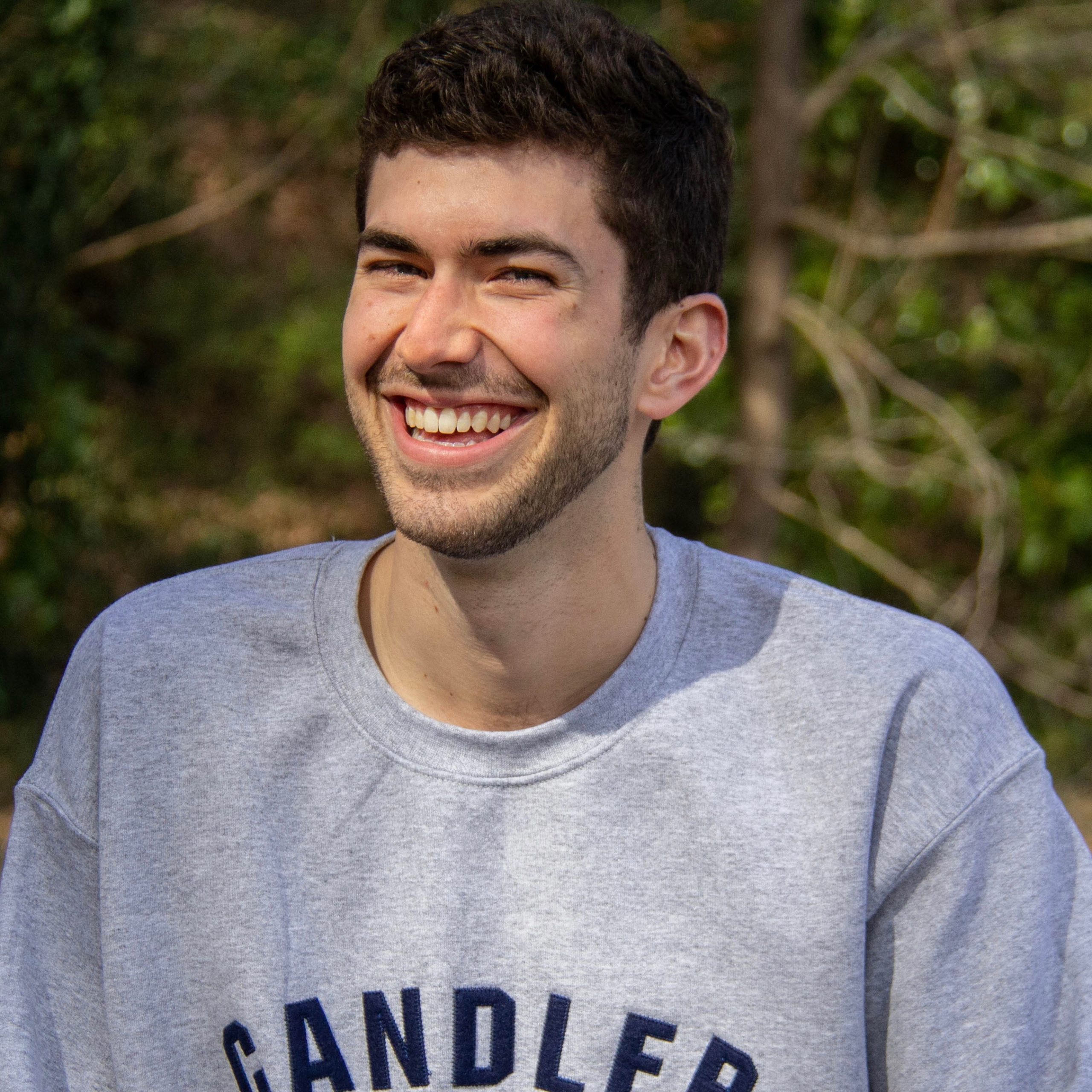 About Andrew
Andrew was born and raised here in Atlanta. He attended Baylor University in Waco, Texas, where he graduated with a Bachelor of Fine Arts degree. Andrew is exploring his call to ministry as a student at Candler School of Theology at Emory University. He feels passionate about bringing the arts into ministry, especially through the exploration of storytelling and shared communal experiences. When not studying, Andrew is an avid outdoorsman who loves hiking and exploring the forests of North Georgia. He also loves drinking tea, watching sci-fi films, reading poetry, being a part of his hilarious improv team, and exploring coffee shops with friends! 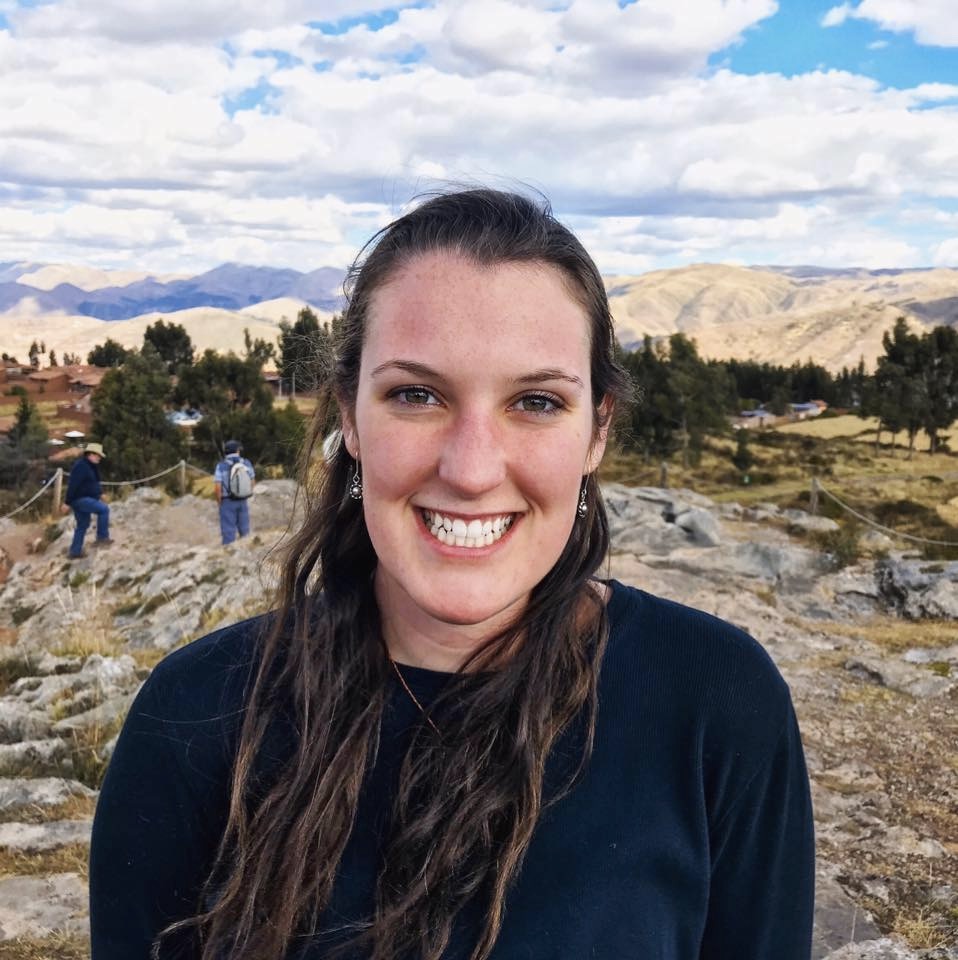 About Ellie
Ellie grew up in a missionary family and spent a lot of their childhood in Peru. In the states, they call Texas (and now Atlanta!) home. They went to undergrad at Appalachian State University where they majored in Interdisciplinary Studies, focusing on Sustainable Development and Non-Profit. They are just starting into their 2nd year at Candler School of Theology. Some passions of theirs, not necessarily in order: sustainable initiatives and environmental activism, birds, their dog Lucy, Baggu, being outdoors, and kayaking.