Skip to content
COVID-19 RESPONSE - Masks are now optional in our building. Please visit the 'plan your visit' page to read more about our policy.

Pastor Tim Lloyd recently shared the news of his transition from Eastside Church at the end of June. A video, letter and FAQ’s about the process can be found here. We are thankful for these weeks with Tim before Easter, and we are excited to celebrate him and his family on Sunday, June 26th after he returns from his spiritual renewal leave.

Today, the United Methodist Church’s North Georgia Conference announces the new appointments to begin in July. We are excited to share that the Cabinet of the North Georgia Conference has appointed Pastor Tavares Stephens to carry out ministry with the congregation and staff of Eastside United Methodist Church.  Pastor Tavares will begin his appointment at Eastside on July 5, 2022, with his first Sunday Service on July 10, 2022.  Over the next few months, Pastor Tavares will be transitioning into this role in partnership with Pastor Tim and the leadership at Eastside.  Below is a bio as a form of introduction. Please join us in warmly welcoming Pastor Tavares and his family and praying for them as they join our creative, historic, inclusive and justice-oriented ministry. 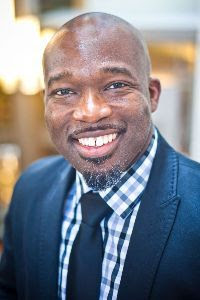 Tavares Stephens currently serves as an Associate Pastor at Saint James United Methodist Church in Alpharetta, Georgia, where he is the pastoral lead for Christian Education, Stephen Ministry, Benevolence, and Young Adults. He also formerly served as director of Saint James’ Children, Middle School, and Youth Ministry. Tavares is a recipient of the Candler School of Theology’s John Owen Smith Award for Preaching and was featured in By Faith magazine as a Harry Hoosier Spirit Award honoree for his diverse ways in proclaiming the gospel. Prior to receiving his call to ordained ministry, Tavares spent sixteen years as an educator. He is a former Teacher of the Year and was a recipient of Turner Broadcasting’s Teacher Appreciation Award. He also co-authored Reading Revolution, a book of biographies covering important contributions made to civilization by people of African descent and formerly served as a freelance education writer for the Atlanta Journal-Constitution and the Learning Together Company – a company devoted to developing highly engaging reading tutoring curriculum aimed at boosting student achievement. Additionally, Tavares served as a contributing author to the anthology The Secrets to Uplifting the Mind, Body, and Spirits of African American Male Students.

Tavares is also an accomplished artist. He is a former member of Poetry Atlanta’s National Slam Poetry team and the creator of the spoken word CD, “Lend Me Your Ear.” He also authored Soulfood Café, a book of poetry, and wrote and produced the Ascension Project, a gospel music project that fuses praise and worship and spoken word poetry. Tavares also co-founded VerbalEyze, a non-profit specializing in the professional development of youth and young adult writers.

Tavares also serves as a content consultant for the non-profit Fearless Dialogues – a group which focuses on creating unique spaces (using art, music, and theory based modules called “experiments”) for unlikely partners to engage in hard, heartfelt conversations about taboo subjects. In his work with this organization, Tavares has aided multiple United Methodist conferences and dozens of United Methodist churches, across the country, in helping them see and hear one another with deepened empathy that can lead to radical hospitality, inclusion, and racial healing in their communities. In addition, he serves as a mentor with the North Georgia UMC’s Committee on Race and Religion’s Racial Healing Cohort. In this role, he aids individuals who have committed to being vessels of racial healing develop ways and means of building beloved community within the churches and communities in which they serve.

Tavares graduated with a Master of Divinity from Candler School of Theology at Emory University and a Bachelor of Science in English Education from the University of Georgia. He is excited to join the Eastside family with his wife of twenty years, Nicole, his fourteen- year-old son, Simeon, and his nine-year-old daughter, Nia.