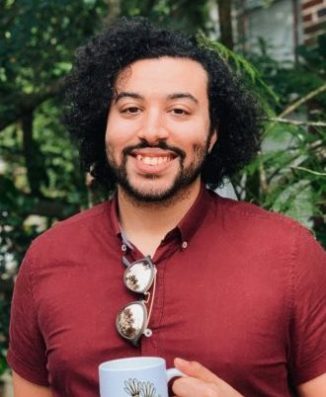 Troi, originally from Stone Mountain, was born into a musical family. He grew up on various tour buses as his family followed his father’s music career. Troi’s family eventually settled in Saint Augustine, FL where he finished school and began his own career in music. After a few years of playing in weddings bands, bar bands, restaurant bands, and every other kind of band, he settled into the role of Worship Director for Campus To City Wesley (CCW), where he would go on to serve for 6 years. It was during his time at CCW that Troi experienced his call to ministry and felt God pulling his heart and his path deeper into the ways in which we gather together in the name of Jesus. Troi met his wife and partner-to-be, Karina, while living in Saint Augustine and they married not long after Karina graduated from Flagler College. After living and working in ministry in North-East Florida for 3 years Troi and Karina moved to Atlanta in May of 2019 to pursue a church where they could build the Kingdom together and so that Karina could attend Candler School of Theology while pursuing ordination as Deacon in the UMC.

When Troi is not leading worship or playing music at a wedding you can find him at the closest movie theatre catching the newest flick, playing with his cats (Penny & Fluff), or eating Jeni’s ice cream with Karina.